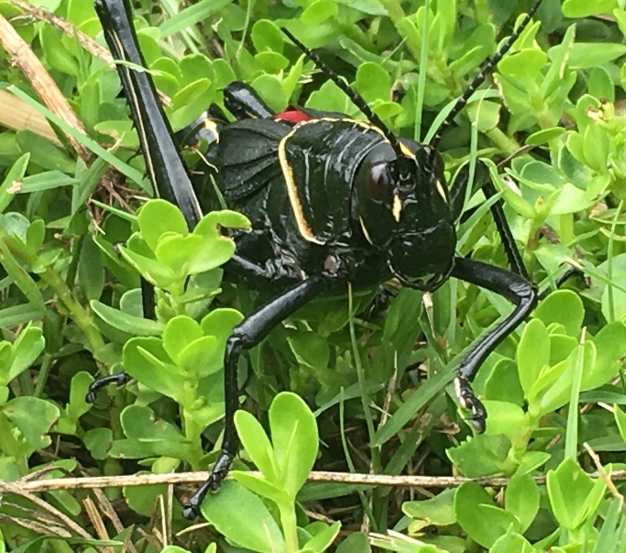 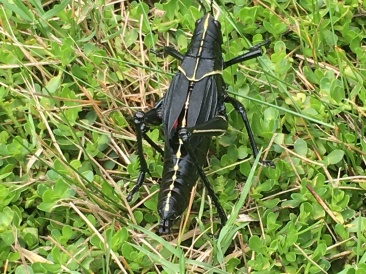 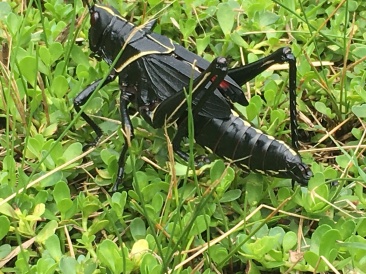 On Father’s Day, we decided to try Middendorf’s, a legendary seafood restaurant situated about 45 minutes northwest of New Orleans, perched overlooking the water between Lake Maurepas and Lake Ponchartrain.  Already ravenous, we opted out of the 1 1/2-hour wait, thinking we’d just mosey along to Frenier Landing, a place overlooking Lake Ponchartrain that we’d enjoyed back in the spring.  Reservations only.

But on the way back out to the highway, we noticed what seemed to be animals on the road, and my husband slowed the car to a crawl.  Hundreds – and I do mean hundreds – of these prehistoric-looking creatures littered the side of the road, already taken out by passing vehicles.  Slow-moving and non-confrontational, they didn’t seem like a threat, but yikes, they were large.  Around 4″.  Kind of creepy.

My Facebook feed was pretty well split down the middle in its response.  Anyone not from here made comments along the lines of  Biblical/post-apocolyptic/yuk.  But folks from Louisiana?  Sweet childhood memories of summers in the countryside.  “Aw, I love these guys!  Super fun to play with, if not a bit prickly.”  So, you see what we’re dealing with here.

Apparently, they’re also known as “the Devil’s Horses,”  according to an old article on NOLA.com.  It’s not that common to see them swarming, but their habitat is all over the south near water.

P.S. We returned to Middendorf’s today with the rest of the after-church crowd, and I’m happy to report that it was well worth the wait (today, only 20 minutes).  An  unpretentious, family-friendly place, it featured a menu chock full of seafood at a reasonable price point.  I’d like to go back in cooler weather to sit on the deck, and/or to try out their Oktoberfest menu.

Oh, and no lubbers!